The Grave of the Matsudaira Family 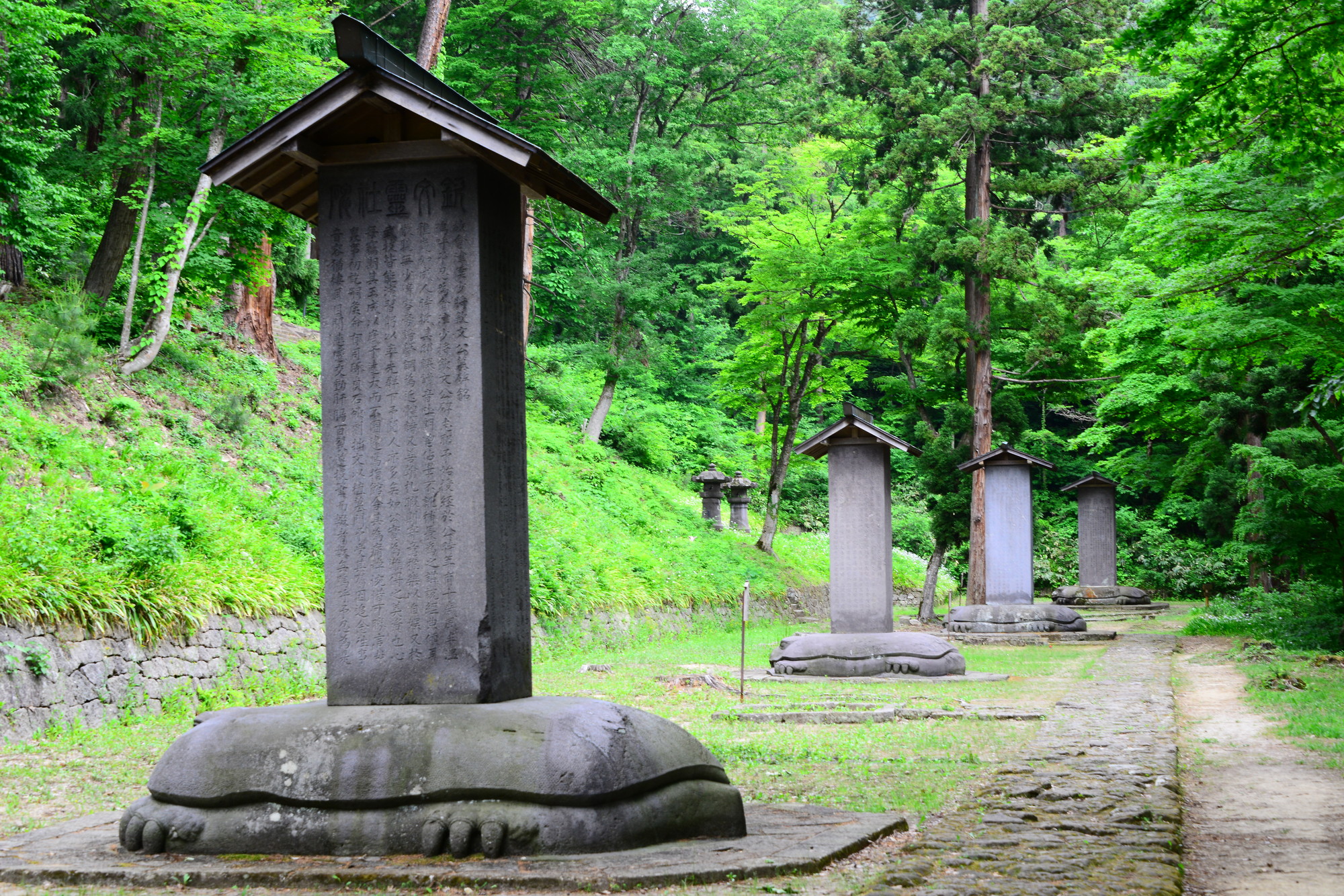 An extensive hillside historic site, where the lords of the Matsudaira family rest

The gravesite contain the tombs of the Aizu daimyo lords the Matsudairas, who ruled Aizu during the Edo period. It consists of two sites: Innaisan, in Aizu-Wakamatsu, and Mineyama in Inawashiro machi. Both sites together were designated a National Historic Site in 1987. The grave in Innaisan is called Innai-obyo, and the size of the yard is 150 thousand square meters. On a hillside, there is a graveyard called the Nishino(west) garden and the Nakano(central) garden; above them is the Iriminebosho tomb. The first lord of the Matsudaira, Masayuki Hoshina, who came to rule Aizu in 1643 was enshrined in Hanitsu Shrine at Inawashiro. However ,the second to ninth lords, from Masatsune Hoshina to Katamori Matsudaira, were enshrined in Aizu. You can stroll around the graveyard while enjoying the new green leaves of spring or the autumn colored leaves.